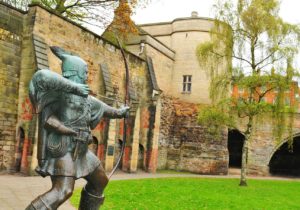 Born in 1976 at City Hospital, I lived in Woodthorpe for barely a year before moving to Kegworth in Derbyshire.

This obviously doesn’t make Nottingham much of a “Hometown” for me, but it is my birth city, and the origin of our line of Savage’s.

Holt is a quaint Georgian Market Town, 20 miles from Norwich and about 10 miles from Cromer, on the east coast of England. Holt is referenced in the Doomsday Book of 1086, which was the first survey of England, ordered by William the Conqueror. Back then, Holt had 5 water mills and 12 plough teams, and was seen as a busy thriving viable settlement.

Medieval Holt was destroyed by fire in May of 1708. In just 3 hours the town was destroyed, to the cost of £11,000. Donations came in from around the country and Holt began to rebuild, providing many of the Georgian style buildings still around today.

The Church in Holt was badly damaged in the fire, but was able to be rescued, and is the sole remaining Norman building in Holt, originally constructed in the 14th Century. It is believed that a church and services were founded at the same location as early as the 11th Century, but whatever remained was replaced by the church we see today.

We would later find out that the neighboring town of Gresham was the ancestral home of my Mum’s family, The Greenacres, before they moved north to Durham to find work in the collieries. 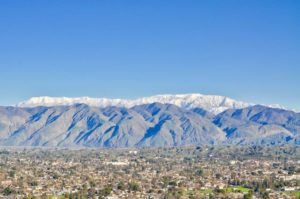 Just 8 years after California became a state, Hemet was established as a farm settlement. 30 years later, Hemet started to grow with the creation of a Water & Land company, the railroad would follow along with a Post Office, elementary & high schools and a dam all before 1900.

Two large earthquakes in 1899 and 1918 would cause a number of setbacks to the city causing widespread destruction to buildings built of brick.

Hemet is well known for the Ramona Pageant, an outdoor play held annually at the Ramona Bowl. The play is considered a Romeo and Juliet story set in the Wild Wild West. The play written by Helen Hunt Jackson in 1884, and was updated in 2015 by Stephen Savage (no relation). It is the longest running outdoor play in the US. The most notable performer in the play was Raquel Welch (Tejada at the time), she played Ramona in 1959.