Here are the second instances of Henry being in the Newspapers.  Given what more is to come, I have a hard time believing that he kept his nose clean for the 9 years between this article and the last.  Maybe he behaved himself for a while, or maybe he didn’t get caught.  I honestly have a hard time believing either of those ideas considering.  lol

Burglary and Capture of the Thieves.
On Wednesday morning last Henry Savage, a pugilist, and Henry Sharpe, cordwainer, were taken before Lord Belper and the sitting Magistrates, at the Shire-hall, Nottingham, charged with having committed a burglary at the Sir Robert Peel beer-house, at Sneinton, a village adjoining the town, and stealing £40 in gold, the property of Mr. Dufty, the landlord, who as recently returned from the Australian fold diggings.  It appears from the evidence that on Saturday evening last the prisoners went to the prosecutor’s house and persisted in occupying a room near to that in which the money was.  About 12 o’clock the landlady retired to rest, when she discovered that her bed-room door had been broken open, the drawers ransacked, and the above sum stolen.  The police were instantly communicated with, and the prisoners were apprehended the next day by superintendent Palethorpe, but no portion of the money has yet been recovered.  When before the Magistrates they denied the charge, but Sharpe was positively identified by the son of the prosecutor as having entered his bed-room a short time before the robbery.  Both the prisoners were remanded until Saturday. 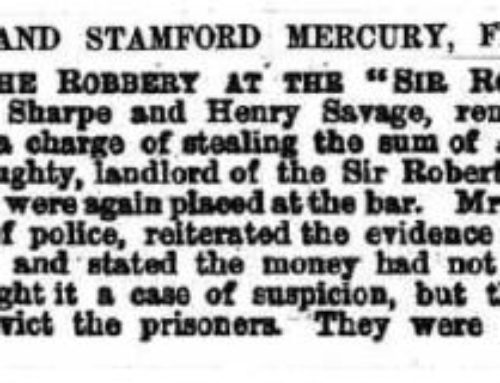 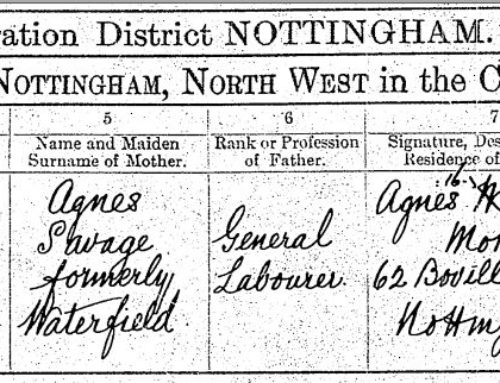 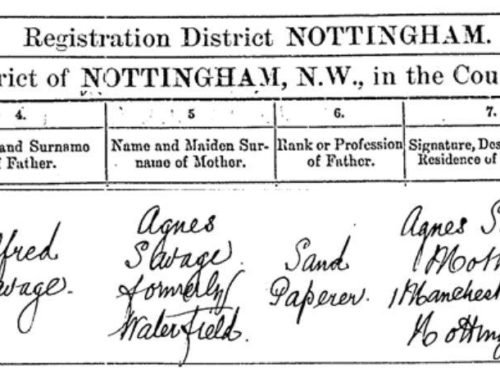 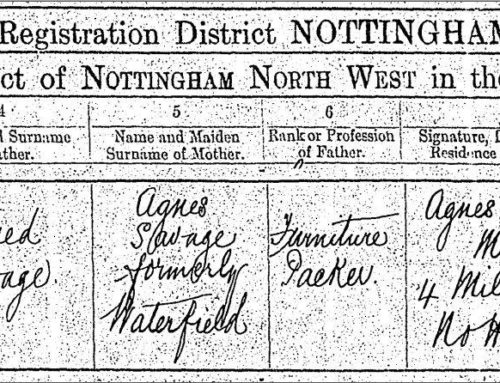